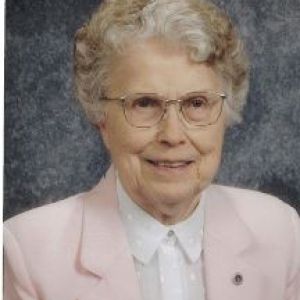 Sister Annette was born in Bevington, Iowa and attended schools in Churchville and Martinsdale. After high school she attended Ottumwa Heights College.

Sister Annette's primary area of ministry was at Marycrest College where she worked in a number of areas. She was an excellent American history teacher, both admired and loved by her students. She was particularly close to commuter students as she was in charge of the luncheonette where they gathered to eat and socialize. She was known for her brownies. Later sister worked as a reference librarian and archivist of the college.

For many years she worked closely with the alumni and was instrumental in developing a strong Marycrest Alumni Association.