Care of Immigrants and Refugees 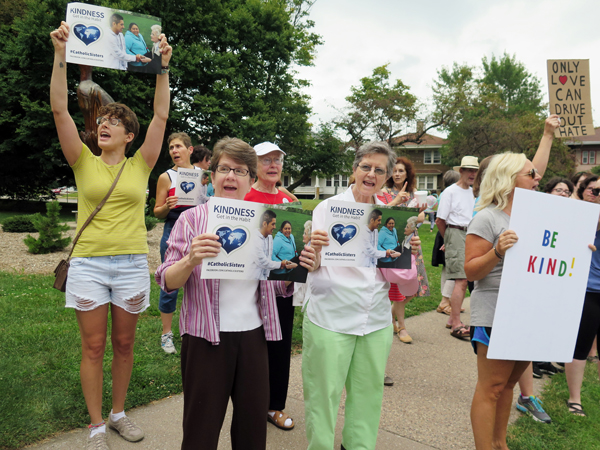 The Gospel as well as our CHM mission mandate that we care for the least among us. As women of faith we feel called to speak publicly and act fearlessly in support of refugees forced to migrate from their home countries and/or immigrants seeking safety and a new life in these United States. To make that point, in 2017, the sisters issued the following statement on support for refugees and immigrants.

Some of the many ways CHMs are involved with these issues:

We, Congregation of the Humility of Mary, join with others in prayer as we call upon concerned citizens to advocate for immigration policies that continue to promote the United States as a beacon of hope for our diverse, global community.” Download entire statement HERE

On June 22, 2018 during the CHM General Assembly, a CHM Action Statement on Comprehensive Immigration Reform was affirmed by CHM Members and Associates. Sr. Mary Ann Vogel, CHM President, said, "The CHM mission is to work for justice within the human family. It was only right that at this moment in our nation's history, at this CHM Assembly, we should adopt the 'CHM Action Statement on Comprehensive Immigration Reform' which calls for a halt to immoral policies and practices. What does love your neighbor as yourself mean? Certainly not separating parents and their children."  Download the entire statement HERE.