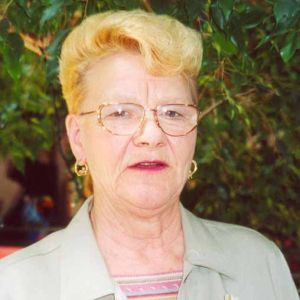 A native of Cumberland, Iowa, Sr. Miriam Anstey entered the Congregation of the Humility of Mary in 1946 and made her first profession in 1949.

Sr. Miriam’s ministry in music education saw her in the Iowa schools of St. Alphonsus in Davenport, St. Theresa in Des Moines, Gehlen in Lamars and St. Joseph School in Fort Madison. In Minnesota she taught at St. Austin in Minneapolis. She was the vice president of student affairs at the former Marycrest College, director of Idyllwild at the University of Southern California, and the dean of continuing education and later the vice president of student services at Emerson College in Boston, Massachusetts. Sr. Miriam held the position of director at the Humility of Mary Center and was the music director of St. Anthony Parish in Davenport. After retirement, Sr. Miriam spent many years volunteering for the former Humility of Mary Housing and Central City Ministry. She currently lives in Davenport where she is active in a ministry of prayer and witness.