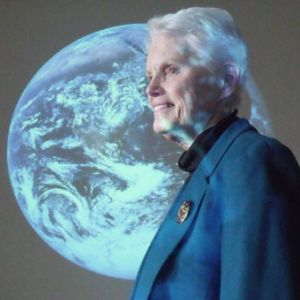 The Climate Project (TCP) held its first first-ever Faith Community Training, October 8-10, 2008 led by Nobel Laureate Al Gore, and resulted in the addition of 135 new TCP presenters to a base of dedicated volunteers. The field of new trainees was composed of a diverse group of faith leaders, with some trainees representing the laity and others the ministry. The trainees were selected through a nomination process. As he has in previous TCP training sessions, Gore instructed the group members on how to present his famous slide show and how to talk to their peers about global warming. This time, though, he discussed climate change in the context of the faith community's perspectives on the issue.

Sister Cathleen Real, CHM, was one of those faith leaders selected to attend the training. After returning from Nashville, Sr. Cathleen was energized to go out into the community and share what she has learned. She said, “Climate change is an urgent problem. Through Mr. Gore’s training, I have received materials to provide valuable information about the science and consequences of climate change. All of us, especially Americans who use a disproportionate amount of the world’s resources, need to change our attitude toward energy, food, packaging, and consumerism in general, in order to share God’s gifts with all. Finding new energy sources and reducing our use of resources is a moral imperative, one I look forward to discussing with others in the Quad City Area.”