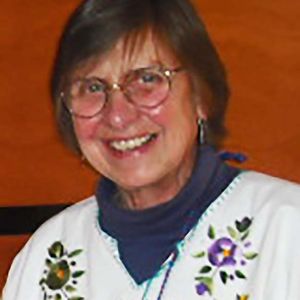 Sr. Mary Penelope taught in Iowa at St. Pius X in Des Moines, St. Mary and Lenihan High School in Marshalltown, and at Ottumwa Heights in Ottumwa. She worked with single mothers while working in a university laboratory in Nashville, TN, and Houston, TX. She also acted as CHM formation director and associate coordinator. Since 1975, Sr. Penelope’s ministry has been that of pastoral work in different parishes of the Diocese of San Cristobal de Las Casas in the state of Chiapas in Mexico  as well as serving on a variety of Diocesan commissions. In addition, since 2002 she has ministered as a psychotherapist and since 2018 as a Polarity Integration therapist in Chiapas.

Sr. Wink lives with in a small house in San Cristobal de Las Casas, Chiapas, Mexico.  As a pastoral worker and psychotherapist, she does much counseling, especially for those who have been hurt or lost loved ones and homes in earthquakes or mud slides and floods. "The work of the psychologist is to help the human conscience have a greater understanding of its personal and social identity. An overwhelming reality of our social identity in Chiapas is poverty. Our guide is an ethic of liberation, confronting human suffering, a result of inequity; opening roads to happiness."